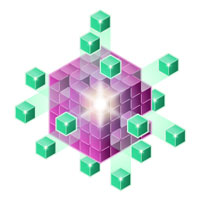 Abstract
Drawing upon ethnographical research carried out in Greek cities, this article discusses the use of political graffiti as a creative, playful response to the economic depression, social upheavals and precariousness surrounding the writers and as an act of civil disobedience and political protest in the context of the Greek economic crisis. The graffiti creation releases a flood of cultural responses to the crisis and gives an insight into the lived experience endured by the Greek people faced with the gloomy conditions of a society in crisis. The analysis traces the ways in which activists and unaligned writers turn their attention to the creative and expressive potential of graffiti and articulate cultural heterotopias on the visual landscape of Greek cities. Spatial politics allow distinctive political voices to transform the material dimensions of urban life in meaningful visual expression. The act of doing graffiti in the dystopia of crisis shows the desire of grassroots artists and cultural activists to use their creative capacities to overcome the unfavourable material conditions of their existence and to build alternative counter-hegemonic spaces of representation in the urban landscapes, challenging austerity policies and the existing social order.

link to the Article

Abstract
Drawing on ethnographic fieldwork during the times of economic crisis, this article addresses protest graffiti created by young people, often living in precarious conditions. The text explores the uncertain living conditions of Greek youth in the era of austerity and investigates the graffiti act as a cultural tool through which a young graffitists seeks alternative modes to express its dissatisfaction, protest and, often, readiness for social change. It employs a socio-semiotic analysis combining a biographical approach of graffiti writers’ lived experiences and the semiotic analysis of graffiti creation within the specific social and cultural context in which the very act of graffiti is performed. Exploring the social world of politically themed or existentialism-oriented graffiti in various Greek cities, the analysis shed light on the structures of feeling of young people living under adverse conditions, revealing social and aesthetic trends, expressive forms of social protest, and existential quests within Greek youth. The research findings show that the scene of political-existential graffiti is an encounter between the subversive aesthetic aura of graffiti with the counter-austerity movement’s repertory of collective action in the ongoing struggle against austerity policies.

Link to the article